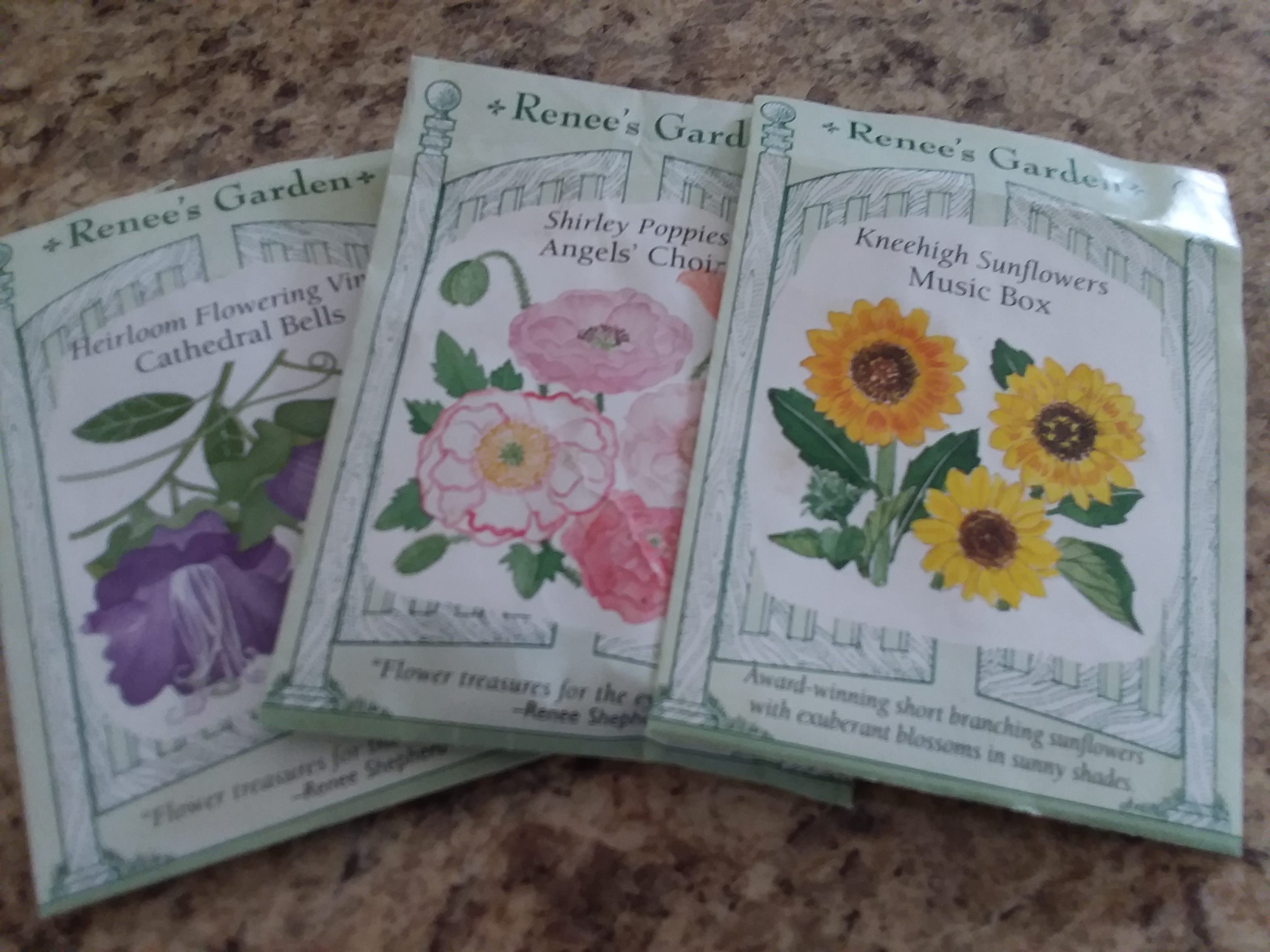 “In those rarest moments, the answer is obvious and rings as loud as a church bell.” – Nicholas Sparks

The growing season is nearly over and seeds sown in spring produced the fruit now being harvested.

I’ve been reflecting on my porch pots of flowers which are now yellowing and winding down. Some plants have done well like my supertunia but others, not so much.

Take for instance my heirloom cathedral bells vine. They are supposed to produce pretty purple bell-shaped flowers. I’ve had not a one. And my concern about the vine overtaking the porch was put to bed early on. Initially it took off vigorously then stopped putting out runners and clinging tendrils. What’s the problem I thought?

Suddenly, the other day I concluded Cathedral Bells vines simply don’t like to be contained in pots. They want to travel like the echoes of tolling  bells as far and as wide as they can possibly go.

The good news is the Angels’ Choir Shirley Poppies mix and the Music Box Kneehigh Sunflowers mix lived up to their reputation. Colorful, varied and satisfying. They will both be a do-over next summer!

How’d your garden grow? Have you any idea why some plants may have fared better than others?

Remember when the sole purpose of owning a farm was to feed one's own family? Equity companies…

"Blood makes you related, loyalty makes you family." ~ Unknown Today I'd like to open…

Today I'd like to give a big thumbs up to "Shealan," author of this letter…