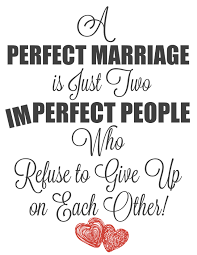 Today I am celebrating my parents! It is their 70th wedding anniversary ~

My dad says he began to take notice of the spunky, tomboy, red-haired gal who lived the next street over when she was about 12. The relationship started as childhood “best friends” then developed into a boyfriend/girlfriend relationship to bethrothed to married with four children,  eight grandchildren and  now one four week-old great grandchild.

Just like every marriage, there have been highs and lows. Probably the most difficult of times came early on during the years when their union had not yet been tightly stitched together. With each stress and trauma the relationship survived. And seventy years later they still really like each other!

My dad at 90 and my mom at 87 can still stand on their own two feet, run their own household and provide a food and a place to rest the heads for an assortment of children, their spouses and grandchildren who often appear on their doorstep with hardly a minutes notice. Perhaps proof positive there are benefits to long term marriages.

My sister, two brothers and I are so grateful they’ve lived a long, fulfilling life and we’ve had so many years to be with them.  Happy Anniversary Mom & Dad. You’ve reached a most impressive landmark in your marriage!

Blessed are the children of the piecemakers for they shall inherit the quilts! ~…

Sleep of the Saints

"Never be in a hurry; do everything quietly and in a calm spirit. Do not lose…

I’ve heard some wild, wild stories during the eight years I've resided in the West.…