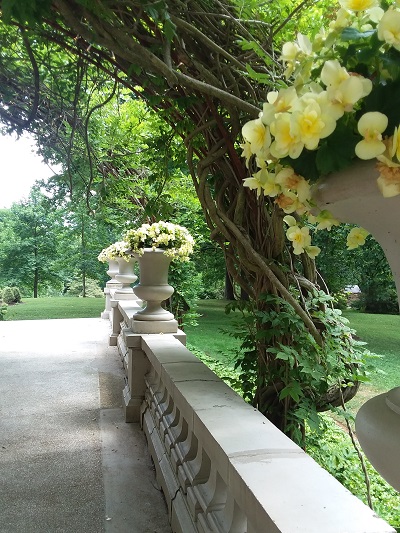 “The Arts are a universal language, understandable to other nations. The challenge is yours, make the most of it.” – Melita Rodeck, AIA

A few weeks ago I went to one of my favorite local places, Liriodendron Mansion to see an exhibit on Early Women Architects in Maryland. It was of great interest to me having been born into a family in the construction business which is five generations deep and since our family now includes husband and wife architects.

To put the time period of the exhibit into perspective, Catholic University in Washington, DC didn’t have an architectural degree program until 1945 and many of the women architects featured in the exhibit were born in the last two decades of 1800.

As I read all of the exhibit material I was so struck by the interests of the women prior to being granted their architectural degrees from a variety of schools. Their involvement in other mediums of art obviously enriched their lives and enhanced their careers.  For instance, Rose Greeley, daughter of Artic explorer General Adolphus W. Greeley had an avid interest in making pressed flower albums and she was also a prolific writer. Much of her work involved landscape design and she became the first licensed woman architect in Washington, DC. Hildreth Meiere (1892 – 1961) was a master of murals. She was featured in American Artist Magazine in 1941 (now known as The Artists Magazine) and was the first woman to receive a fine arts medal. She also designed “Christ and His Mother” a stained glass installation at St. Mark’s on the Hill in Pikesville, MD. Other early architects put their artistic hands into theatre clothing design, mapmaking, horticultural design and even music. Collectively, their design projects were equally as diverse – homes, colleges, TV studios, churches, gardens, banks, museums, yacht clubs and other commercial buildings.

The exhibit information endorsed the idea of how broadly the threads of the creative mind God gave us are stretched, interwoven and drawn into a variety of artistic mediums and cultural interests. Perhaps in limiting oneself to one kind of craftsmanship there is a disservice to the creative brain’s need to discover.

My primary interest is writing but all things artistic and cultural bring me joy and a fulfilling life. Exploring what drives the creative mind is at the heart of what feeds me.

About a year ago, I enjoyed an inspirational chalk art presentation at Elva's Art Barn…

Art at the Center of Heart

“A dolls ability to uplift the human spirit can be immeasurable.”  ― Gayle Wray Over the past…