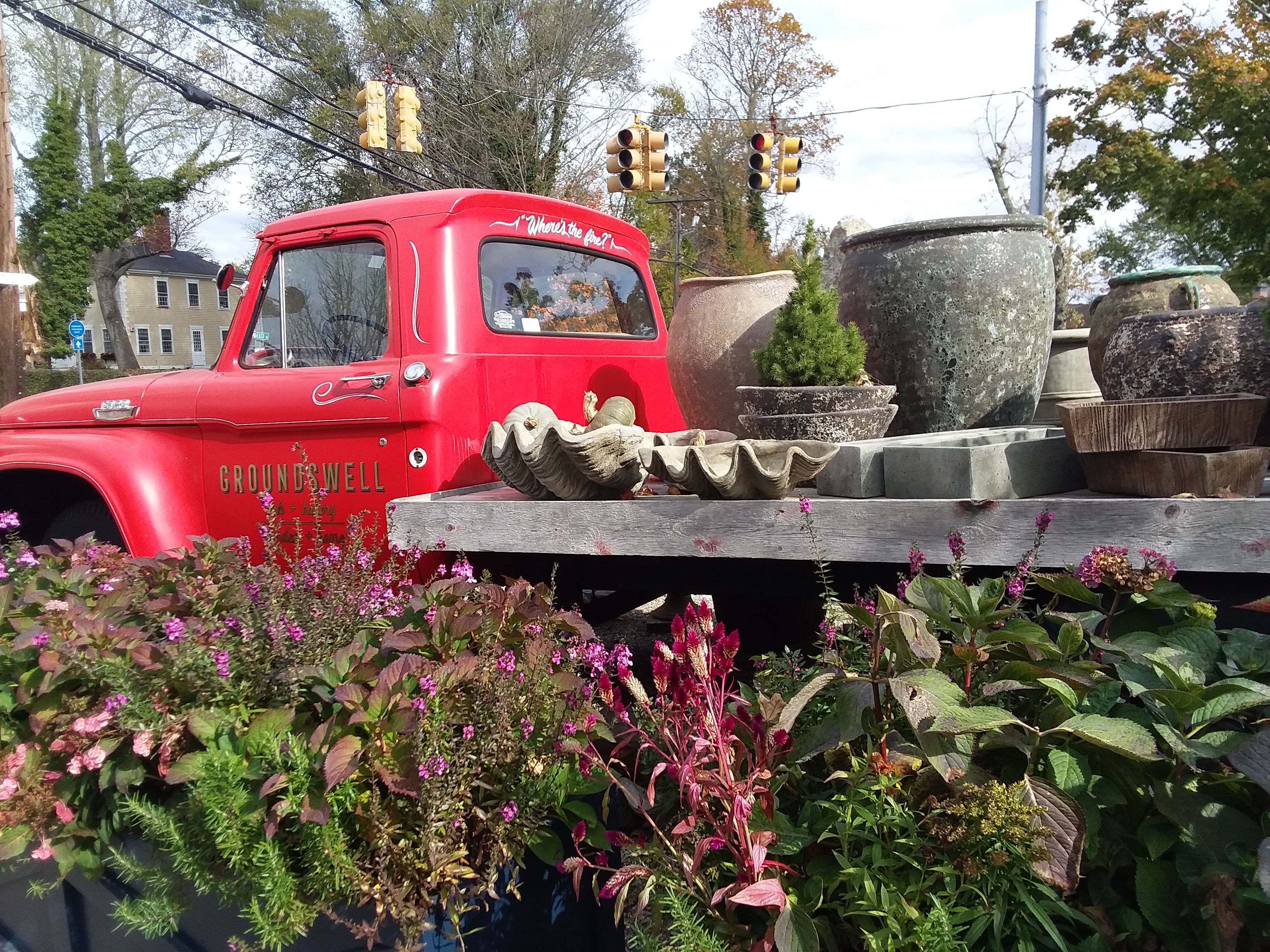 The more I read about the idea of gathering in small groups to build stronger neighborhoods such as suggested on a variety of websites like GraceTable the more enamored I become with this concept. When we live in strong communities supporting one another through our family and neighborhood relationships, by building excellent schools and developing businesses which cooperate and are community supporting, people and society as a whole benefits. This is not a new concept. Think back to the time in history when gathering at #meetinghouses was the hub of community activity. Wouldn’t it feel nice to come together as united Americans, regardless of political party,  working toward a nation focused on optimism and life affirming values?

A few weeks ago my sister and her husband took me to a place called Tiverton Four Corners. It’s a charming small rural settlement “where style and history intersect.” Not far from Middletown, Rhode Island, from what I observed it has the perfect landscape for modeling a closely knit community through its small town fabric made up of twenty complimentary creative businesses.  The corner’s community art studio (Created Purpose), an event venue called The Meeting House, the Amicable Congregational Church, and the Union Public Library, the Cheesewheel Village Market, Four Corners Art Center and the Tiverton Historical Society headquarters anchor the village.

I could so well envision regular come to the table gatherings for the sake of community at a place called Groundswell. Here are just a few photos:

Not every town has a perfect setting for community gatherings. But anyone who is drawn to the concept of positive change in neighborhoods can create a place where people look forward to gathering simply due to it’s all inclusive hospitality and opportunity to build healthy, rewarding connections. Consider settings such as beneath a grape arbor, on the lawns of museums or historical sanctuaries or in a gazebo on a  town green. What about on a blanket in the apple orchard, at a harvest table aside the cornfield at a farm or in a private humble backyard?

The way I see it, we, as a society have estranged ourselves from one another. At some point church moved away from being a group of people who did life together and it became more of a business where not everyone felt included. But we are in this world together and it’s up to us to make heaven on earth! Feeling connected is important for well-being.

Have you listened to Soul Sunday where David Brooks is interviewed about his new book Second Mountain? In the interview he mentions his coming to the realization of his own need for  deeper connections . This realization came during a dark period in his life. Check it out on Listennotes.com.

Come on back to SowtheHeart.com  Next time I’d like to share with you how one already strong rural community has strengthened itself over the past ten or twelve years. I had the privilege to watch it in development, step by step.

“Never doubt a small group of thoughtful committed citizens can change the world. It’s the only thing that has.”

Advent Season is upon us. Don't know where to start with all your seasonal plannings and…

Reflecting on the Writing Process